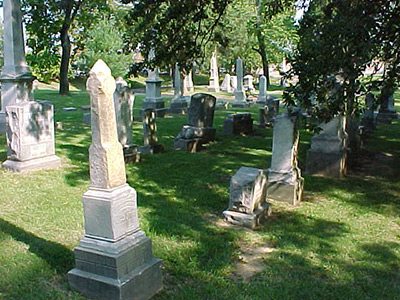 In order to get a clear understanding of the history of the New Mt. Sinai Cemetery, it is necessary to review the situation as it existed some years prior to its organization. In the year 1847, and some years prior, there were two Reform Jewish Congregations in the City of St. Louis, namely Emanu El Congregation (sometimes spelled Imanu El) and B'nai Brith Society.

It appears that, primarily due to the cholera epidemic and the resultant loss of members, the two Congregations merged in October 1852 and formed a new Congregation in the name of B'nai El Congregation.

Pursuant to the agreement between Congregations B'nai El and Shaare Emeth, the Mount Sinai Cemetery Association was incorporated on December 22, 1869. 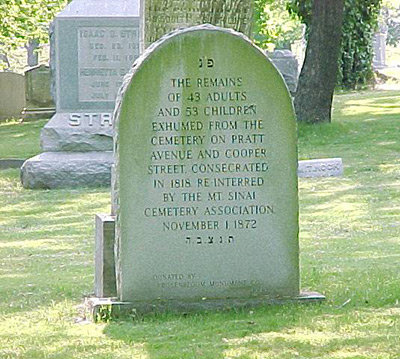 "The remains of 43 adults and 53 children exhumed from the cemetery on Pratte Avenue and Cooper Street, consecrated in 1848, re-interred by the Mt. Sinai Cemetery Association, November 1, 1872."

In 1990 a granite monument was erected in the front of the present marble obelisk to preserve the wording of the inscription, which was donated by Rosenbloom Monument Company.

In the year 1886 Congregation Temple Israel was organized and held its first service in the Pickwick Theater Hall at Jefferson and Washington Avenues. Temple Israel's present place of worship is at Ladue and Spoede roads in St. Louis County. In 1888, Temple Israel was admitted to the Mt. Sinai Cemetery Association.

The Records of the New Mount Sinai Cemetery Association indicate that the first burials in the Cemetery were made in the year 1853. 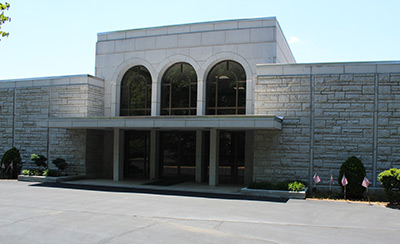 On August 12, 1965, the Board of Directors entered into a contract with Acme Marble and Granite Company for the construction of a mausoleum. The mausoleum was completed in May 1969. It has 364 crypts and 2 columbariums for the cremated remains of 72 persons. The building was built so as to permit expansion.

Rabbis Julius Nodel of Congregation Shaare Emeth, Bertram Klausner of B'nai El Congregation and Alvan Rubin of Temple Israel decided upon the Symbolism that would be appropriate for the stained glass window at the rear wall of the mausoleum chapel. Mr. Sol Nodel (brother of Rabbi Julius Nodel) of New York City, an artist of international renown, was commissioned to execute the window. After approval, the Rudy Glass Co. of York, Pennsylvania was employed to manufacture the window measuring approximately 17 feet high and 20 feet across and is composed of 30 panels, containing over 3,500 individual pieces of glass.

By 1988 most of the crypts were sold so the Board of Directors entered into a contract with the Mausoleum Construction Co. of America on November 1, 1988. The new addition to the Mausoleum has 675 crypts. There are eight additional columbarium units for the cremated remains of 320 persons. The stained glass "WINDOW OF TRUTH" was removed and placed in the rear of the new addition, thereby enhancing the beautiful center hall. It was completed in August 1990.

The land around the original mausoleum and its new addition has been dedicated for future expansion. In the fall of 1992 a "Walking Garden" was planned and begun in the area directly in front of the Mausoleum. The garden was dedicated to the memory of all veterans buried in the cemetery in 2003. 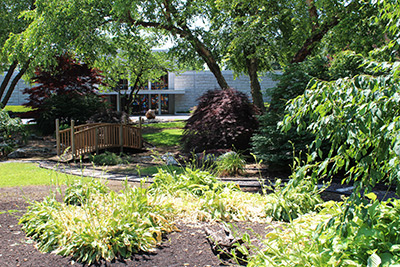 The cemetery has a chapel, built in 1905, which is no longer in use. It has a storage vault below to temporarily hold 4 caskets. In 1992 and again in 2004, the chapel was repainted. The building housing the office, built in 1916, was originally a rest house and luncheon spot to accommodate the horse-drawn funerals that took an entire day. Also on the grounds, are a well-kept home, a garage, an implement building, plus two large greenhouses for the cemetery caretaker, which were built in 1938.

Over 11,000 people are buried in this Jewish cemetery. Besides the public mausoleum and single graves, there are 1,441 platted family lots, 40 private mausoleums, 2 memorial mausoleums, and 24 sarcophagi. The newest section of the cemetery, encompassing 5.5 acres of single graves and family lots, opened in the spring of 2008.

In 1991, the Board of Directors had the mounds and ivy removed from all of the single graves and family lots after consultation with other local and out of state cemeteries, with approval of all Rabbis and Temples. The cost of maintaining the mounds and ivy on over 9,000 graves was becoming prohibitive.

The People Behind The History

Board of Directors for 2022 with officers designated:

Monday - Friday, 9am til 4pm or by appointment

Sunday - Friday, 9am til 4pm or by reservation